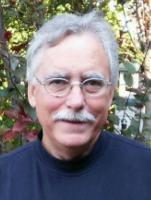 Kevin Walter Bord, 61, of Waukegan, IL died Friday, January 20, 2017 at home. He was born February 1, 1955 in Danville, IL. After high school, he served 4 years in the United States Navy. He then attended and graduated from Indiana University in Bloomington where he received his Bachelor of Arts degree. He went to work for Bell and Howell in Chicago, Moore Business Forms, then went to work for himself as Onboard Reps, Waukegan. Kevin was an active member of First United Methodist Church of Waukegan and enjoyed bowling and golfing. Survivors include his children, Cody Bord, currently serving in the Air Force and Connor Bord of Beach Park, IL; grandson, Aiden Bord; siblings, Trina (Bruce) Goodrich of Covington, IN, Selby (Terri) Bord of Roselawn, IN, Sherri (Phil) Parrish of Metamora, IL, and Kelly (Daria) Bord of Naperville, IL; mother of Cody and Connor, Julia Bord; and many nieces and nephews. He was preceded in death by his parents, Selby and Gayle Bord. Visitation will be held Friday, January 27, 2017 from 3:00 until 5:00 p.m. at Congdon Funeral Home, 3012 Sheridan Rd., Zion, IL with a funeral service to follow at 5:00 p.m. Second visitation will take place Saturday, January 28, 2017 from 11:00 until 1:00 p.m. at Shelby Funeral Home, 622 3rd St., Covington, IN with a funeral service to follow at 1:00 p.m. Interment will follow at Mt. Hope Cemetery, Covington, IN. In Lieu of flowers, memorial donations to First United Methodist Church, 128 N. Martin Luther King Jr. Ave., Waukegan, IL 60085 have been suggested.