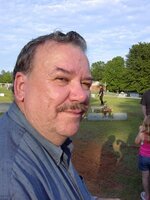 Larry H. Maxwell of Zion, Illinois passed away on November 20th, 2021, at the age of 78 at his home in Zion. Larry was born on April 7th, 1943, in Dennis, Mississippi to parents Eula and Flavis Maxwell. Larry grew up in Dennis, Mississippi. At the age of thirteen, he moved to Zion with his parents and siblings Garry, Janice, and David. Larry graduated from Zion Benton High school in 1961 and continued his education at College of Lake County studying chemistry and robotics. In 1971 he married his beautiful wife Reba E. Smith in Mooreville Mississippi. They came back to Zion shortly after to build a family. Larry worked for Fansteel from 1960 to 1985, taking a brief break from 1963 to 1965 when he was drafted into the United States Army. During his time in the Army, he was a chaplain’s aid and traveled to Germany and Austria to spread the word of God and play music. After leaving Fansteel, Larry continued to pursue his education and began working at Abbot in 1988 as a chemical operator and warehouse manager out of Abbot Park. Larry continued to work full time at Abbot until his retirement in 2008. Larry’s life passions were family and music. He built life-long friendships including Roy Hartwick who he met at Abbot, and Jimmy Smith who has played music within the church with Larry for many years. Larry had played lead guitar at Lakeside Community Church, formerly Church of God of Prophecy in Zion for close to 60 years. Every Sunday, you could find him playing and singing church hymns with his wife Reba playing piano. Larry always loved hunting, fishing, and being outdoors. He went hunting frequently with his son Patrick and his late brother-in-law Bobby Rea, he would also often go camping with his wife, children, and grandchildren on their property in Wisconsin. His love for Jesus Christ showed through him always. He always kept Christ close and would sing gospel frequently. Larry could frequently be found singing his favorite bluegrass songs in the living room throughout his days. Through all his adventures he always had a wonderful story to tell about the places he went, people he met, and music he played. He welcomed all into his life and those who have met him would describe him as loving, caring, giving, and inspiring. If you were to spend a day in his life you would watch westerns, grab a good bite to eat, spend a little time outside, and hangout with his beloved dog Lady. Larry is survived by his wife Reba, two children; Patrick (Andrea C.), and Beth (Mike H.), and four grandchildren: Malai, Haley, Kyla, and Ashlyn. Larry is also survived by two of his siblings; Janice Rea and David Maxwell, and sister in laws; Tammy Smith and Betty Brasfield. Larry will be reunited with his parents Eula and Flavis, brother Garry, brother in laws Bobby Rea and Eddie Brasfield, and sister-in-law Elaine O’Doherty. A celebration of life will take place Saturday November 27th at 5:30 p.m. at Lakeside Community Church, 1801 Hermon Avenue, Zion, IL 60099. For questions or more information contact Malai Maxwell by email at mmaxwell0986@gmail.com.