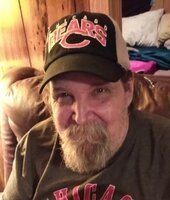 John Mark Proctor, 66, of Beach Park, IL passed away surrounded by his family on December 7, 2021 in Waukegan, IL. He was born on May 24, 1955 in Waukegan, IL the son of Raymond and Dorothy Evelyn (Chisholm) Proctor. John married Linda Marie Fry on August 6, 1973 in Waukegan, IL. John and Linda owned their own cleaning company and worked together for thirty-four years. He was a good person with a huge heart, he took pride in his work, and talked about his hobbies. His favorite thing to do was watch the Chicago Bears football and all Chicago sports. John's greatest joy in life was being a loving husband and father. John was greatly loved by his family and friends, and will be deeply missed. John leaves behind his wife Linda, daughter; Amy Lynn Proctor, sister; Susan (Dick)Fox, nephews ; Michael Fox, Kevin Proctor nieces; Laura(Timothy) Ray, Theresa Proctor, Kori Proctor. He was preceded in death by his parents, brothers; Jim Proctor, Larry Proctor. A Memorial Visitation will be held on Saturday, December 18, 2021 from 6:00 - 7:00 p.m. followed by a Memorial Service at 7:00 p.m. at Lake County Baptist Church 1550 W. Yorkhouse Road, Waukegan, IL. In lieu of flowers memorial donations can be made to the family.