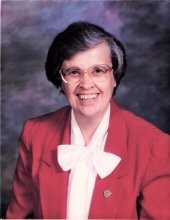 Sister Loretta Tiernan, S.H.C.J. died on February 5, 2019 at the Holy Child Infirmary in Rosemont, PA. She was born on December 4, 1938, the daughter of Frank Tiernan and Clara (Brozowski) Tiernan. Sr. Loretta grew up in North Chicago, Il; attended and graduated from Holy Rosary grade school. She then attended and graduated in 1956 from Holy Child High School in Waukegan.
In September of 1956, Loretta entered the Convent of the Sisters of the Holy Child Jesus in Rosemont, Pa. After completing her postulancy and novitiate requirements she was given to the name Sr. Mary Clarice.
Sr. Loretta was a math teacher earning her degree from Loyola U.  Her teaching assignments were St. Veronica and St. Ignacius Parish in Chicago; St. Anastasia in Waukegan; and then Portland, Or., and Los Angeles, Ca.
Health problems forced Sister to change course. She then learned Spanish and worked for Fr. Wm. O’Connell and Fr. Gary Graf at St. Joseph & Blessed Trinity Parishes in Waukegan. Sr. Loretta visited the sick and elderly and brought the Eucharist to them; gave instructions for Baptism, and prepared the young girls for their 16th birthday celebration.
Ten years ago, Sr Loretta’s health declined and Parkinsons Disease was discovered. It was necessary for her to move to the Holy Child Center in Pa. She was given the best loving care there and was able to participate in some activities in the community, related to Parkinsons.
Sr. Loretta is survived by her sister MaryAnn Grazier; her nephews, Kenneth (Diane) Grazier, Thomas (Susan) Grazier, her neice Dianne (Gerald) Richardson, Heather (the late James Grazier). Also surviving are 6 great-nephews, 5 great-nieces, 4 great-great-nieces, and 2 great-great nephews.
Sister Loretta was preceded in death by her parents, Frank and Clara Tiernan; her brother-in-law, Robert “Bob” Grazier, her nephews, Barry J. Grazier, and James R. Grazier.
Visitation will be at St. Patricks Church, 15020 W. Wadsworth Road, Wadsworth, Il. on Wednesday, February 13, 2019 from 9:30 a.m. until the time of Mass of Christian Burial beginning at 10:30 a.m. Fr. James Merold will be the celebrant. Burial will follow at Ascension Cemetery, Libertyville, Il. Please sign the guest book at www.congdonfuneralhome.com.

Share Your Memory of
Loretta
Upload Your Memory View All Memories
Be the first to upload a memory!