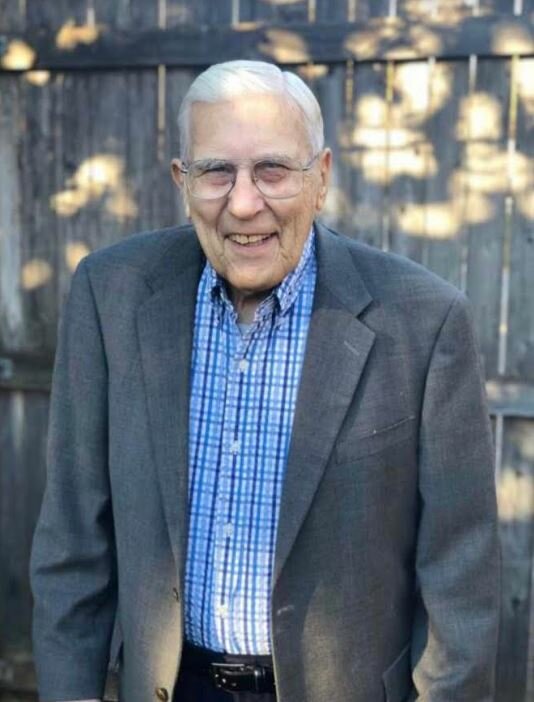 Bill attended Waukegan schools and entered the Navy one semester shy of completing his degree at Lake Forest College.  He spent two years in the Navy, after which his accounting career began, with nineteen years at Warwick Electronics and twenty-two years at Abbott Laboratories. The best move he made at Warwick was to ask out a typist named Lucy, give her the nickname “Sam,” and marry her. They raised their kids, Bill, Cheri, and Julie, in Illinois, California, and Texas, ultimately returning home to Waukegan. Upon retirement from Abbott, Bill and Lucy relocated to Arlington, Texas, to be closer to their children, grandchildren, and great-grandchildren. He spent many years there serving in his church and volunteering at the Arlington ReSale Store.

A long-suffering White Sox fan in a family full of Cubs fans, Bill enjoyed sports and critiquing sports, loudly and enthusiastically. He was an absolute whiz with numbers and a killer pinochle player. Bill was generous and loved giving gifts to others. At the age of sixty-four, he gave his life to the Lord, and in the following years, devoured his Bible and delighted in being part of a Community Group and Home Group at Central Bible Church. His infectious grin, big laugh, and great hugs will be missed by family and friends.

Share Your Memory of
William
Upload Your Memory View All Memories
Be the first to upload a memory!
Share A Memory