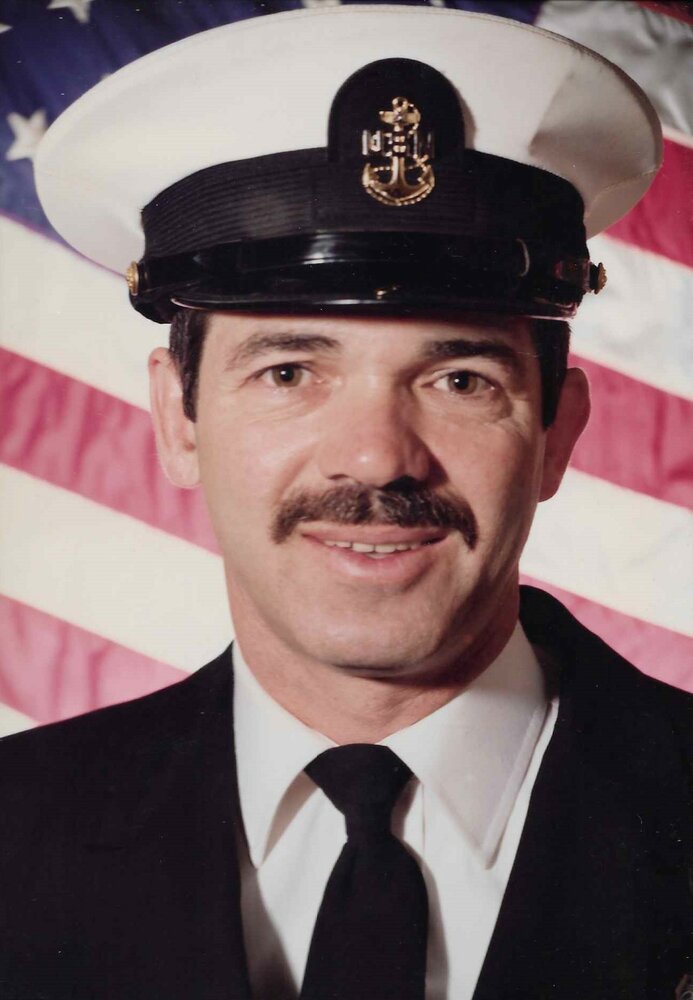 Brian was born in Lewistown, PA on September 23, 1943 to the late Joseph Andrew Reeder and Helen Louise McCloskey. He was the second youngest of nine children, seven proceeded him in death. Brian graduated from Chief Logan High School where he played football and worked at Stewart’s Restaurant.

Brian joined the U.S. Navy in October 1963 as an Electrician Mate. His first deployment was on the USS Lindenwald LSD-6. His active service career continued to five other LSD ships (amphibious warfare ships), thirteen years of sea duty, three tours in Vietnam and the Bahrain War. Shore duty started by training Saudi troops on our ships in Little Creek, VA and continued to Great Lakes, IL where he pushed three companies of young recruit sailors. Brian retired after 22.5 years from the U.S. Navy February 28,1986 as a Senior Chief selected for Master Chief. His commitment to our country continued with teaching at Great Lakes JOBS School for an additional 22.5 years as a civilian. Brian retired a second time in September, 2008.

Brian married the love of his life Miranda Reeder on November 24, 1974. Together they had three beautiful girls, lived in 3 states, and built an amazing life together. He was dedicated to his country, family, and friends. Brian was a very generous man who never met a stranger, everyone he met became a fast friend with a handshake and drink. He was kind, loving, and had a great sense of humor. His love of football and Penn State ran deep! The Cubs had a special place in his heart as well and he enjoyed watching them win the World Series.

A funeral service is scheduled at Congdon Funeral Home in Zion, IL on Thursday, July 28, 2022 with public viewing from 4-6pm, Mark Roggensack will officiate a service from 6-7pm with a military tribute ending. Burial will be in Burnham, PA at Birch Hill Cemetery. In lieu of flowers, please send donations on behalf of Brian Reeder to The American Legion Gurnee Post 771, 749 Milwaukee Ave. Gurnee, IL 60031.

Share Your Memory of
Brian
Upload Your Memory View All Memories
Be the first to upload a memory!
Share A Memory