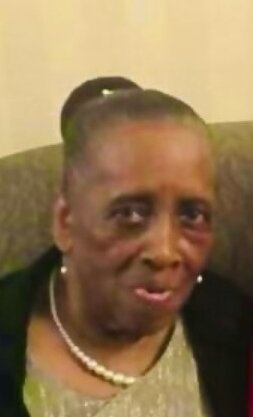 On the afternoon of July 21, 2022, Thelma McMath, passed away peacefully at her home at the blessed age of 93. Thelma McMath was born October 14, 1928 in Duncan, Mississippi to the late Willie and Charlotte Curtis. Thelma spent her childhood years in Mississippi then relocated to Chicago, IL when she was a young adult. With a desire to raise her children in a calmer environment, she moved to the Lake County area during the early 1970’s.

“Thelma” devoted her life to being a wife, mother and grandmother. She married her husband, Henry McMath in June of 1965. Together they raised their children and spent countless days spoiling their grandchildren, great grandchildren and great-great grandchildren. “Thelma” loved to be around her family. She had a passion to be in the kitchen preparing things for people to eat. She would make a Thanksgiving meal on any given Sunday. She was known for making the BEST spaghetti…. and when it comes to baking, she made some absolutely amazing Tea Cakes! Cooking for her family is what brought her joy, and she gladly did it as long as she had the energy to be in the kitchen. She made sure all her children knew how to cook as well, and they would gladly do it for her as often as they could.

Share Your Memory of
Thelma
Upload Your Memory View All Memories
Be the first to upload a memory!
Share A Memory