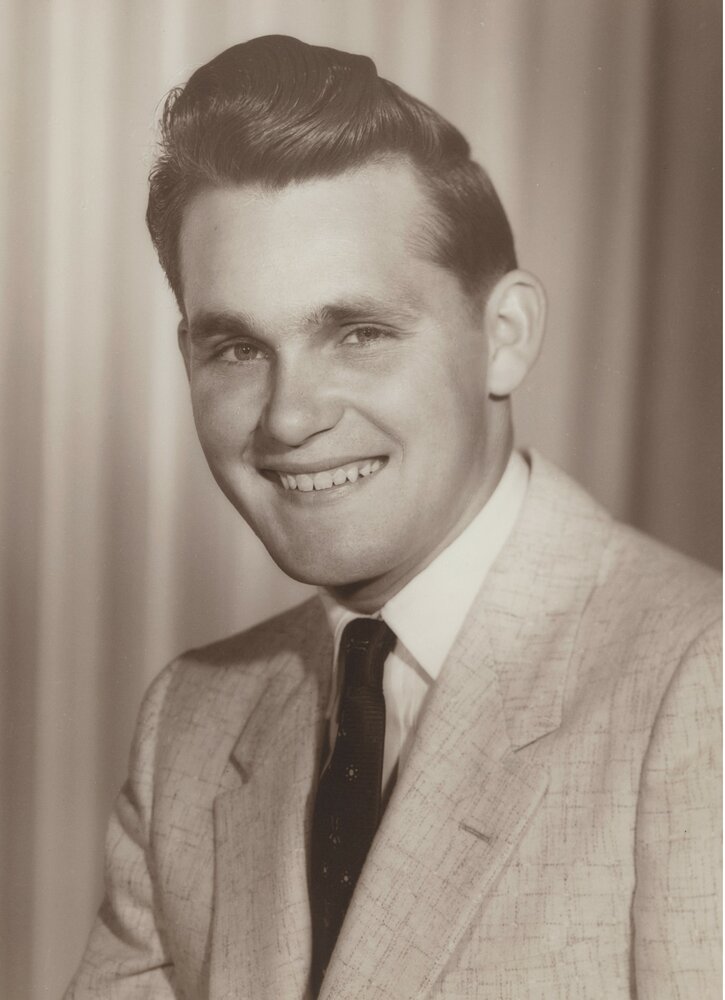 Harold Willis Robison, of Zion, Illinois, passed away peacefully with family around him on July 25, 2022, at the age of 86. He was born in Red Bay, Alabama, on February 12,1936. At age six, the family moved to Zion, Illinois, where he attended Elmwood Elementary School, Central Junior High School, and later graduated from Zion-Benton High School in 1955.

He joined the Marine Corps on a whim with a buddy in March of 1956, where he served in San Diego, California. He had taken typing class in high school and so they used him in the office because he was the only man in his unit who knew how to type.

Returning home, he met his lifelong love, Linda Godat, and they were married in Kenosha, Wisconsin, on March 16, 1960. Buying a home just down the street from his parents, Linda stayed busy with their four children, while he was employed at American Motors in Kenosha, as a machinist. Harold was truly a man of many talents, able it seemed to do anything he set his mind to doing - carpentry, electrical, drywall, plumbing, designing and remodeling rooms, fixing cars, creating a patio one cement square at a time, building the kids a tree fort in their big oak tree— you name it, he did it. Never afraid of hard work and always determined to get the best deal on everything. He enjoyed hunting and fishing and raising chickens. He loved animals and animals instinctively loved him. In 1999, he and Linda moved first to Montana and then to southern Missouri to be near her family. He continued to build and shape their homes, making her dreams come true, but always adding a chicken coop too. In Missouri, he amazed everyone by almost single-handedly remodeling their three-acre country home inside and out, at the age of seventy. He even added a massive, curved stone retaining wall along their driveway. When asked where and how they got all the rocks, he’d tell you, ‘well, Linda drove the pickup truck and I’d walk along the road and throw in the rocks’. And each time family visited Missouri, they couldn’t resist bringing home a few of those beautiful Ozark rocks. Harold was an incredibly talented man and they were an extraordinary couple, and when she got cancer, he led the fight against it until she passed. He died at least in part from a broken heart.

Preceding him in death were his parents, Willis Robison and Clara (Forrester) Robison, and his wife of almost 62 years, Linda (Godat) Robison.

He will be buried at Mount Olivet Cemetery in Zion, Illinois, and a private family service will be held on July 29th, 2022

Share Your Memory of
Harold
Upload Your Memory View All Memories
Be the first to upload a memory!
Share A Memory