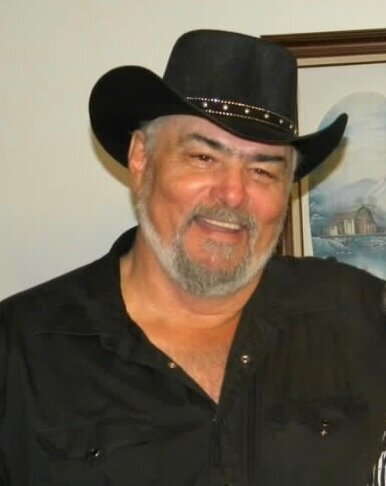 Lawrence Ray Elrod Sr. journey here on Earth ended as he passed peacefully at his home on September 12,2022. Larry was born on June 24, 1950 in Waukegan, IL to Floyd, and Gloria Elrod. He grew up in Winthrop Harbor and later married Arlene Johnson in 1970 and settled in Zion to raise their family.

Larry was known by many for his love of car shows where he showed his "Little deuce coupe" and met many fellow car show enthusiasts. He was proud of his many 1st place trophies won over the years. Larry’s hobbies for many years included working on cars. As he got older, Larry’s self-taught hobby was playing guitar where he performed with the band "Country Tradition" and created many friendships through his love of music.  Larry later taught himself custom engraving, spent time custom painting hot wheels and attended various farmers markets and events to sell his hand made products. Larry was heavily involved in all of his children’s lives and helped tremendously in raising all of his grandchildren who will have a lifetime of memories with their grandfather. Larry and Arlene had a daily 3:00pm coffee meeting at the Zion McDonald's with friends and just enjoyed the company. Larry was known by many throughout the community and touched many people's lives over his 72 years on earth and he will be missed tremendously.

Larry is preceded in death by his parents; and brother, Ronald Elrod.

His legacy will live on in the hearts and minds of everyone he interacted with throughout the years.

Share Your Memory of
Lawrence
Upload Your Memory View All Memories
Be the first to upload a memory!
Share A Memory