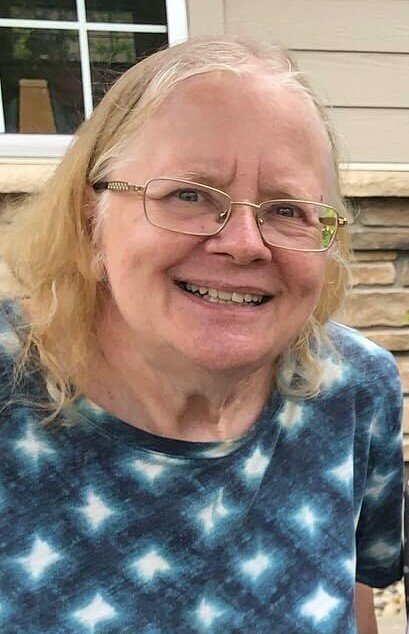 Joan Elizabeth Durkee, 66, of Kenosha, WI, passed away peacefully with her brother Tom by her side on October 11, 2022 after struggling for several months with inoperable cancer. Joan showed remarkable composure, spirit and kindness to others while faced with her challenging diagnosis.

Joan was born July 1, 1956 in Highland Park, IL.  She attended Carmel High School in Mundelein (Class of 1974). She met her former husband, Patrick Rice, another Carmel High School student, while hitchhiking. Joan earned a secretarial certificate from Sawyer Business School. After working as a general secretary, she became a legal secretary in 1978; a line of work she would pursue for most of her working life. In 1988 Joan became a mother. But not just any mother - Joan gave birth to the first fraternal quadruplets at Evanston Hospital (who also happen to be four incredible individuals in their own right).  After raising her children in Winthrop Harbor, Illinois, Joan moved to Kenosha, Wisconsin in 2006. Joan wholeheartedly embraced Wisconsin living by cheering for the Greenbay Packers and going to Summerfest every year. She loved attending her women's group and walking group with Bridges Community Center in Kenosha, where she found immense support and community. She enjoyed volunteering to clean at her church (St James Catholic Church), doting on her pet cat Rhonda, and watching legal and medical dramas. She was proud to be a grandmother to three wonderful grandchildren.

She is survived by her children, Anthony (Diana) Rice, Kelly (fiance Benoit) Rice, and Karen (Aaron) Rice-David; grandchildren, Quinn Rice, Riley David, and Elizabeth David. She is also survived by her siblings: Thomas Durkee, Mary (Tim) Lawrence, James Durkee, and George (Adela) Durkee. She was a proud aunt and great-aunt to many nieces and nephews.

She was preceded in death by her son, Jonathan Edward Rice; parents, Charles and Marilyn Durkee; and sister-in-law Sharon Durkee.

In lieu of flowers donations can be made to Hospice Alliance or NAMI by using the links on this page.

Share Your Memory of
Joan
Upload Your Memory View All Memories
Be the first to upload a memory!
Share A Memory
Send Flowers