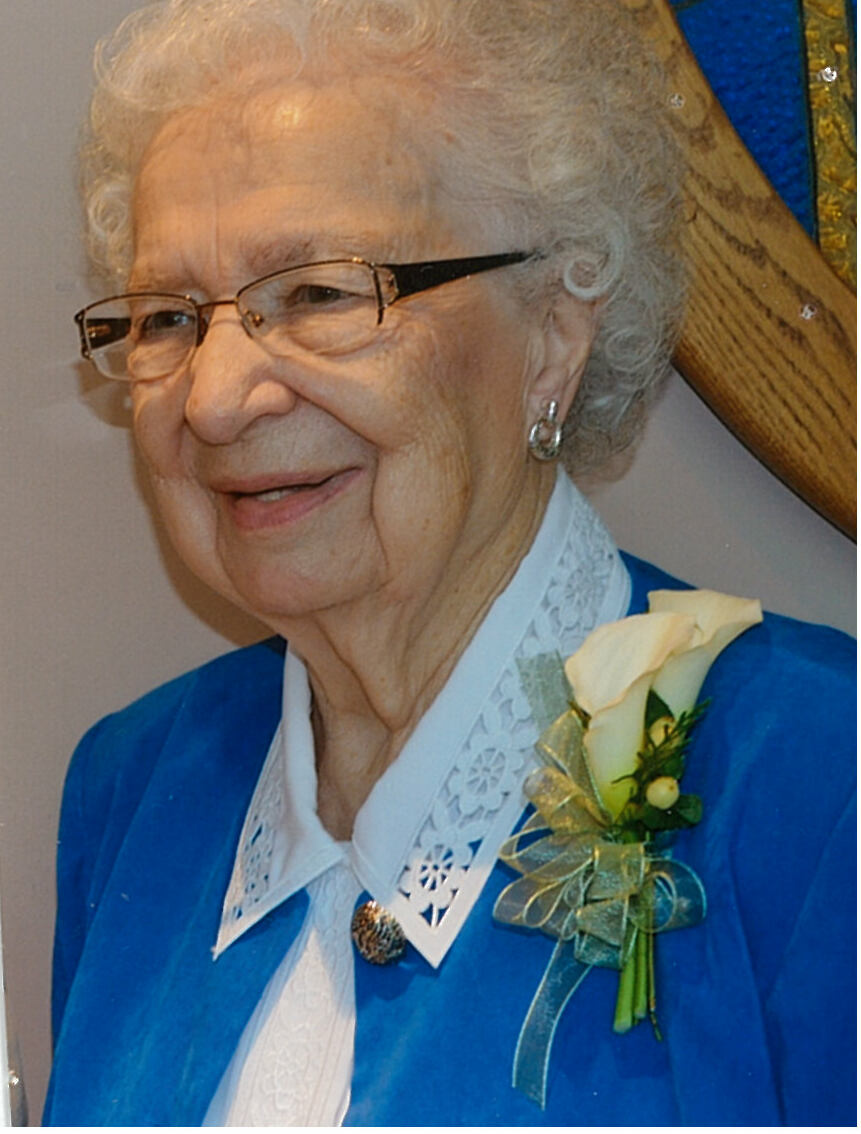 Vivien June Hendricks Arnold, 99, born October 24, 1923 passed away on October 28, 2022 Vivien graduated from Bruce high school in Bruce, South Dakota in 1941 and moved to Waukegan, IL and was employed at Abbott labs until her retirement after 35 years of dedicated service. She met her soul-mate, Nathan Arnold, and was married in Muskegon, Michigan where they both were employed at Continental Aviation during WWII, After moving to Waukegan Nathan worked at Johnson motors until his death in 1968. Vivien was an independent and active woman all her 99 years. She especially enjoyed mowing her two acres of land on her John Deer tractor. She had renewed her Illinois driver’s license two weeks before God’s angels came to escort her from her home of 75 years. She went to be with Jesus on October 28, four days after her 99th birthday. Vivien was an avid reader of books and daily read her bible. She had boundless energy and an astounding memory, a sense of humor for a woman of a quiet and dignified nature. She was committed to her family and Lord, grandchildren and great grandchildren.  Vivien was known to her family and friends as an encourager and helper. Her faith in God’s grace during her life was evident to all. She was very involved with her church as a member at Trinity Christian Center, Zion, IL. She also established an endowment fund at South Dakota State University for graduates from Sioux Valley School district, in the name of her parents, Ted (Alice) Hendricks. Vivien was preceded in death by her parents Ted and Alice Hendricks and brother, Floyd T. Hendricks
She is survived by her son Gary (Christine) Arnold Richmond IL; daughter Joanne (George) Powell Salem, SC; Grandchildren, Christopher Arnold Waukegan, IL, Daniel (Aimee) Palmer, Georgia, Timothy (Caroline) Palmer, Georgia,Emily Schmidt and Elissa Foust and great grandchildren Hannah Arnold, Madeline Palmer, Katelyn Palmer Pritchard, Nathan Arnold, Jonathan Arnold, Thomas Palmer, Logan Palmer, James Thomas Palmer, Holland Foust, Everett Schmidt and Preston Schmidt. In lieu of flowers, memorials in Vivien’s name can be made to the Trinity Christian Center in Zion, IL. Memorial service is private as of Vivien’s wishes.

To send flowers to the family or plant a tree in memory of Vivien Arnold, please visit Tribute Store

A Memorial Tree was planted for Vivien
We are deeply sorry for your loss ~ the staff at Congdon Funeral Home
Join in honoring their life - plant a memorial tree
Services for Vivien Arnold
There are no events scheduled. You can still show your support by sending flowers directly to the family, or planting a memorial tree in memory of Vivien Arnold.
Visit the Tribute Store

Share Your Memory of
Vivien
Upload Your Memory View All Memories
Be the first to upload a memory!
Share A Memory
Send Flowers
Plant a Tree