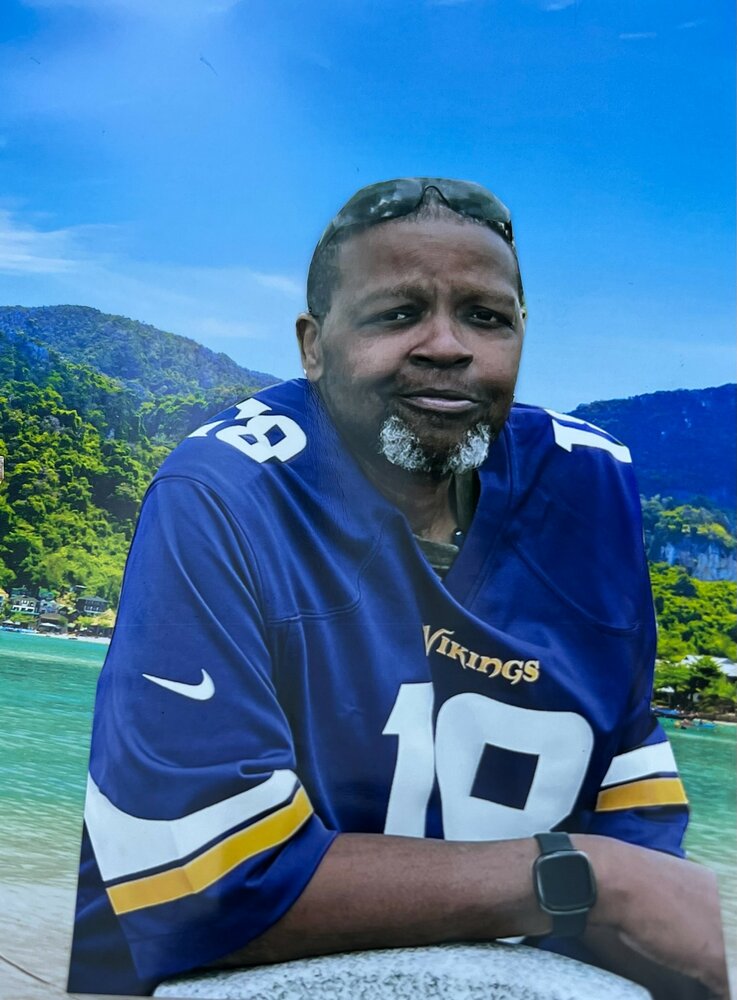 Frank graduated from Winnsboro high school before taking some classes at College of Lake County, and becoming a personal security assistant at V.A. in North Chicago. He was a retired RM1/SW in the U.S.N. where he served for 20 years from October 1979 to October 1999. His favorite holiday was football season and was a diehard Vikings fan. He loved working with computers so much many thought of him as a computer freak. He liked to watch Sanford and Sons along with Martin. Spending time with his grandchildren was very precious for him. Frank often spent his free time at the Illinois State Beach Park where he enjoyed taking walks and listening to the waves.

Visitation will be held on Friday, November 11, 2022 from 4:00 to 6:00 p.m. followed by funeral service at 6:00 p.m. at Congdon Funeral Home, 3012 Sheridan Rd., Zion, IL 60099. American Legion to render funeral honors following service. Interment to be private. In lieu of flowers please make donations to the American Cancer Society.

To send flowers to the family or plant a tree in memory of Frank McDaniel, please visit Tribute Store

A Memorial Tree was planted for Frank
We are deeply sorry for your loss ~ the staff at Congdon Funeral Home
Join in honoring their life - plant a memorial tree
Services for Frank McDaniel
There are no events scheduled. You can still show your support by sending flowers directly to the family, or planting a memorial tree in memory of Frank McDaniel.
Visit the Tribute Store

Share Your Memory of
Frank
Upload Your Memory View All Memories
Be the first to upload a memory!
Share A Memory
Send Flowers
Plant a Tree