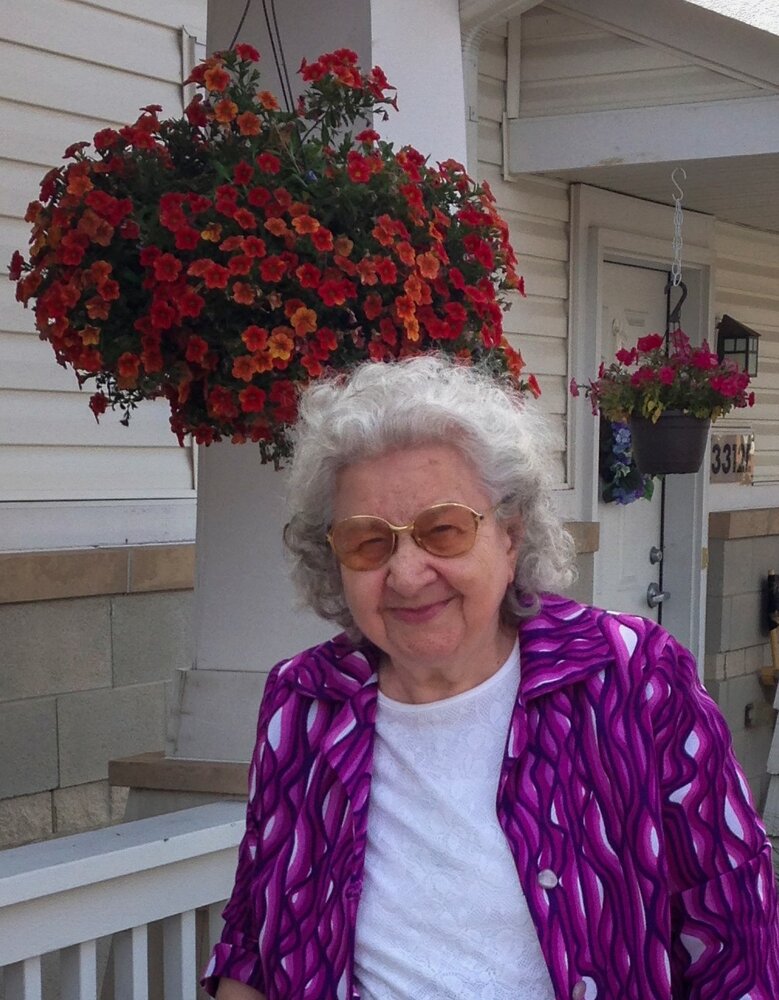 Lydia Racz, 95, of Zion, Illinois passed away on November 9, 2022 in Libertyville, IL. She was born on January 31, 1927 in Valea lui Mihai, Romania; the daughter of Imre and Maria Gero. In her younger years, in addition to being an accountant, Lydia actively worked in the mission field. Her soon-to-be future husband heard about her before they even met, he was so impressed with her dedication to the Lord and incredible life that he wrote her a letter, and asked for her hand in marriage. She accepted his proposal and when they finally met, they fell in love. Lydia and Alexander Racz were married on February 23, 1953 in Romania. And remained faithfully in love with each other for 58 years until Alexander passed away in 2011.

Lydia and Alexander had three sons and one daughter. During their many years of marriage, they continued to faithfully serve God, their family, and community - even through challenging years of religious persecution. After the murder of their oldest son, Daniel, for his faith by the communist in 1973, Lydia and Alexander continued to be faithful to God through these trials. In 1984 Lydia and Alexander immigrated to the United States and settled in the Zion area. They were active in their church community and would always welcome people into their home. Lydia was an amazing chef, baker, and hostess. She loved having people in her home, and feeding them all her Hungarian home-cooked specialties. Lydia was also a prolific poet and author. She wrote several books and hundreds of poems. She could often be found working late into the night by her typewriter. Lydia loved spending time with her family. She traveled to various parts of the US and back home to Europe to visit friends and family there. In her later years, Lydia never lost her sense of adventure. She was a great-grandmother to 8 great-grandchildren. As a faithful friend to many, Lydia was always close to her phone, talking to and praying with her friends all around the world.

To send flowers to the family or plant a tree in memory of Lydia Racz, please visit Tribute Store
Saturday
19
November

Share Your Memory of
Lydia
Upload Your Memory View All Memories
Be the first to upload a memory!
Share A Memory
Send Flowers