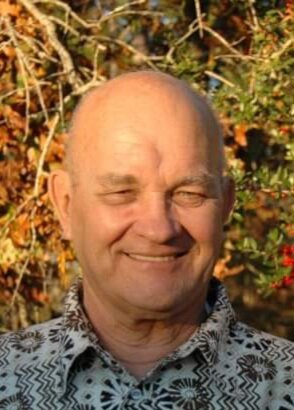 It is with great sadness we announce Robert Kimberlin Fields of Kenosha, WI went to be with his Lord and Savior, Jesus Christ on December 9, 2022.

Kim was born in Texas to Wesley and Vivian Fields on June 30, 1939. Kim had a long and successful career, first in the Navy where he served for 20 years, and then with RCA. Kim was a kind, loving husband, and father as well as a doting PawPaw. He dedicated many years to the service of children through Child Evangelism Fellowship. He always put others first and was loved by all who knew him.

He was preceded in death by his father and mother, Wesley and Vivian Fields of San Angelo, Texas, his brother John Fields also of San Angelo, his nephew, Danny Brimer from Arkansas, his great-grandson, Jr. Erazo from Austin, Texas, and his son-in-law Junior Ivy from Alabama.

Services to be held at a later date. In lieu of flowers, and to honor his grandchildren, donations may be made to Children’s Hospital in Milwaukee WI. https://secure3.convio.net/chw/site/Donation2?df_id=2004&mfc_pref=T&2004.donation=form1&memory=true&s_src=Website&s_subsrc=MemorialGift

To send flowers to the family or plant a tree in memory of Robert Fields, please visit Tribute Store

A Memorial Tree was planted for Robert
We are deeply sorry for your loss ~ the staff at Congdon Funeral Home
Join in honoring their life - plant a memorial tree
Services for Robert Fields
There are no events scheduled. You can still show your support by sending flowers directly to the family, or planting a memorial tree in memory of Robert Fields.
Visit the Tribute Store

Share Your Memory of
Robert
Upload Your Memory View All Memories
Be the first to upload a memory!
Share A Memory
Send Flowers
Plant a Tree