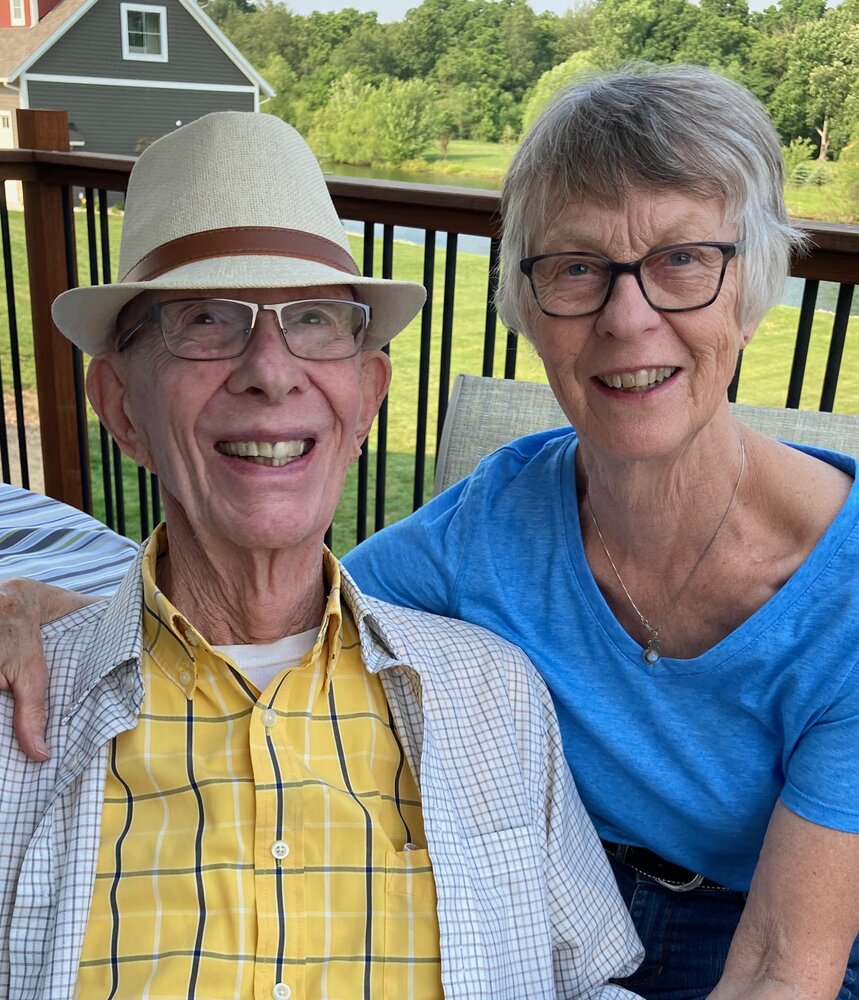 On Thursday, December 15, 2022, Willard Ellsworth Walton was welcomed into the arms of his Savior after a brief battle with the COVID-19 virus while also battling lung cancer. Willard passed away peacefully at home after being released from Zeeland Hospital just over a week prior to his passing.

Other loved ones went on before him, with whom he has now been reunited. These include: his parents, Henry and Ada Walton; his sisters, Ruth Leutje, and Jeanine Walton; and his infant great-grandson, Gideon Judah Koh.

Bill studied pre-medicine in college and eventually went on to medical school at University of Illinois, Chicago, where he met his bride, Eunice, who was studying nursing at the Swedish Covenant Hospital across the street. The two wed in 1961, and eventually settled in Zion, Illinois, where they raised their family and Bill worked as a family physician for over thirty years. Bill had numerous hobbies including golf, landscaping, woodworking, photography, and jogging. Willard and Eunice served faithfully at Bonnie Brook Baptist Church in Zion, Illinois, until his retirement in 1997, and then at Grace Community Church in Hudsonville, Michigan, since then. Bill served as an Elder, taught adult Sunday School, and was known for his deeply relational personality. He was a superb listener and knew just the right questions to ask. He enjoyed serving those in need on many mission trips throughout the world. Bill is greatly cherished by those who knew him and experienced his gentle, kind ways. He was a mentor and example to many, living his life to the glory of God.

A Celebration of Life will be held Thursday, December 29, 2022, at 7:00 p.m. at Grace Community Church, 6500 New Holland St., Hudsonville, Michigan, with Pastor Keoni Hughes officiating. Relatives and friends may meet the family for a visitation and refreshments prior to the service at 6:00 p.m. in the foyer at church. Those who wish may make memorial contributions to Kenya Hope or Leaves Personal Care.  Condolences or flowers may be sent online at www.mkdfuneralhome.com.

Share Your Memory of
Willard
Upload Your Memory View All Memories
Be the first to upload a memory!
Share A Memory